Links to our titles

There are a number of our titles available on Amazon and Scribd by now. How to find them:

In the bookshop, look underneath the title of the book (right next to the graphic) for links to Amazon, Epub etc. 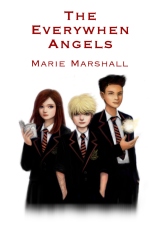 The Everywhen Angels
by Marie Marshall

In these turbulent times with everything streaming towards its final demise, who can be a normal kid and simply go to school?

Caught in the maelstrom of events in the Last Days, the Angels are there when they are needed, preventing accidents, saving lives. They feel like heroes, invincible... until things start going wrong. 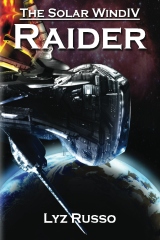 Alien Touchdown! If the crew of the Solar Wind thought the Unicate and the Rebellion were tough cookies, they haven't yet met the Danaan - from Planet New Dome. Coming to take over Earth - or destroy the planet. Or alternatively, for a mango daiquiri in the subtropical paradise of Southern Free. And then destroy the planet.

And why is Captain Lascek acting so strangely?

Raider is the fourth in the series of Solar Wind novels.


The first title from Honeymead Books to make it onto Amazon: 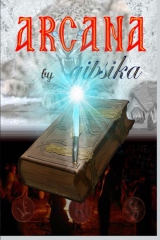 The Light Path, the Dark Path. When Ivy Pennington, a sensible, intelligent young woman, plummets head-first into the occult, her biggest problem is trying to explain that she is simply not interested. Soon the storms of dark magic rage around her. Will she perish in the gruesome maelstrom? Or will she, like her kitten Peridot, land on her feet?

A fast-paced read peppered with humour, deadly intrigues, magical khazam and a bit of romance.

Read a preview on Scribd


Selected book excerpts can be read on Scribd:

From "The Assassin", Solar Wind 2:


A bit of spotlight on a vastly under-explored character, "Rhine Gold". Paean mockingly calls him "Hero Material". He is tall, blond, muscular, powerful, young and beautiful - and oh so aware of it!

The Tall and the Tough

He shook his golden curls out of his face, splattering like a wet dog, and peered up into the rigging with its half-closed booms, hanging onto a line. The sky was grey with dusk now, darkening the clouds further. The white Crow’s Nest contrasted starkly. Yes, that thing was indeed stuck. They’d get to that in a second!

He forged his way forward along the handhold lines, ignoring the water that gushed around his boots. He was a born and bred Hamburger! Bit of sea didn’t frighten him! He dashed a glance over his shoulder to see if Federi was following, wondering how the scrawny man stood up to the job in times like these.

Excerpt from "The Shooting Star":

Federi has commandeered an abused old Unicate ship and is negotiating his first storm with the ship, the "Shooting Star".


Enjoy! And please remember to give us feedback... click on any "reviews" button on any of the book pages, or paste one on Goodreads and contact us so we can read it.