Carmen Capuano, as you can see from the previous update, has been busying herself arranging to have her brilliant new novel Split Decision in the window of WHSmith. Carmen actually found time to tweet “I’m so happy I am singing” a couple of days ago. She deserves to be!

Carmen recently featured on the ‘Silver Threading’ blog. Go here if you would like to read more about her and her writing technique.


Marie Marshall has several things ‘bubbling under’ at present, so we won’t mention them until they come to the boil. However, if you would like to read eight of her poems that have never been published before now, either on line or in print, you might like to take note of this. Marie accepted an invitation from the Texas-based Poets Collective to contribute to their new anthology Collect the Day, in which more than thirty poets have written about various times of day. If you are a follower of Marie’s daily blog of poetic fragments, you will be familiar with her A dem●n’s diary series; well, there are four new poems in that series included in her eight.


Meanwhile Paul, the mainstay of this agency, has been out-and-about at the Edinburgh International Book Festival, and will be until the end of the month. In Edinburgh’s Charlotte Square, Paul has been rubbing shoulders with authors, poets, publishers, actors, academics, TV personalities, and other festival-goers. He was thrilled to meet Professor David Crystal, the UK’s foremost expert in Linguistics, and to have a long chat with his son, Shakespearean actor Ben Crystal, of whom Paul is a great fan.
Paul may write an account of his Edinburgh fortnight later in this update column. He has still to see Meera Syal and to attend a one-woman version of Richard III at a Fringe venue, amongst other things.
The August busy-ness continues!

Paperbacks about to be launched! 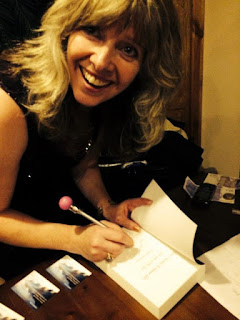 Author Carmen Capuano is holding a launch for the first-edition paperback of her youngest novel, "Split Decision".

The ebook of "Split Decision" was launched on the 4th of July online in the P'kaboo Book Club. 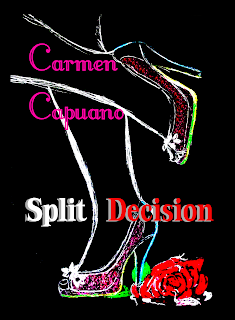 The story:
Natalie, a normal teenager, has to make a tough decision.  Which guy must she stand up?  One is an old friend on the point of turning into a sweetheart.  The other is wild, exciting and - frankly - dangerous.  Little does she know that based on this decision, her life is about to change forever.

We published this steamy and gripping ebook  in July, and launched it in the P'kaboo Book Club on Facebook.  We are very excited to announce that the paperback launch is happening in Carmen's native UK, which means that she will be on site to talk about her novel and to write a personalized message into your copy as she autographs it.


Please consider helping us raise publicity for this launch by supporting the Thunderclap at
http://thndr.it/1IpcNzB